The Show is On!

For the ninth year in a row, Champlain College has secured a spot on The Princeton Review’s list of Top Game Design Schools—this year coming in at number 17.

The Game Studio at Champlain College boasts one of the world’s most comprehensive and collaborative game development programs, with six undergraduate majors representing every aspect of the game development industry—including the developers who design, create, and code the games and the business professionals and entrepreneurs who launch them into the world. 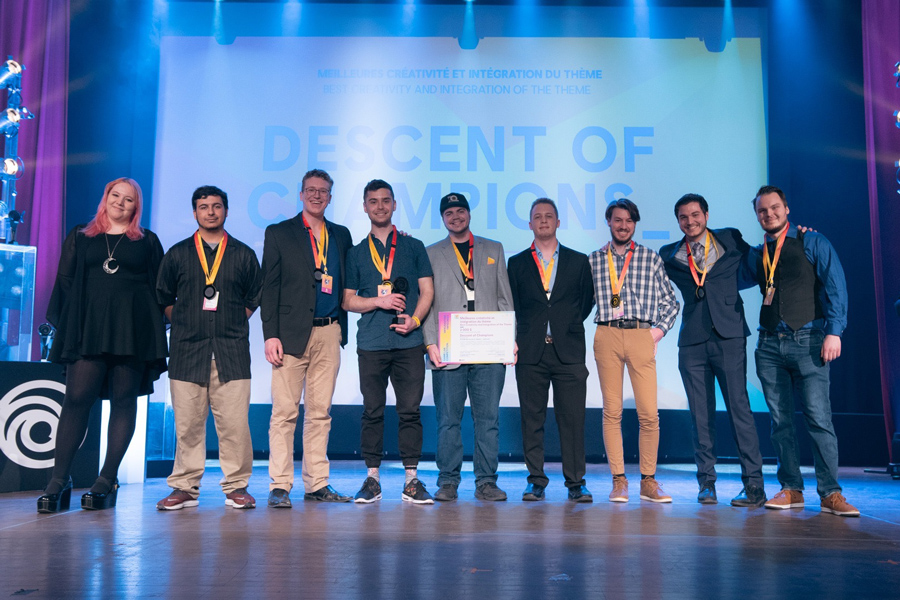 Champlain game development students won the Best Creativity category in Ubisoft’s prestigious Game Lab Competition. They worked as a team over 10 weeks to deliver a playable video game prototype that follows the theme, guidelines, and constraints given by a jury of Ubisoft professionals.

“Champlain’s unique powerhouse of a Game Studio is modeled after AAA game industry studios,” said Amanda Crispel, Assistant Dean of Game Development and Professor of Game Design. “Our students learn essential professional, social, and communication skills as they master the latest game development practices, processes, and techniques. Students and faculty work extremely hard to have one of the top gaming programs in the world, and we are honored to repeatedly be named a Top Game Design school by The Princeton Review.” 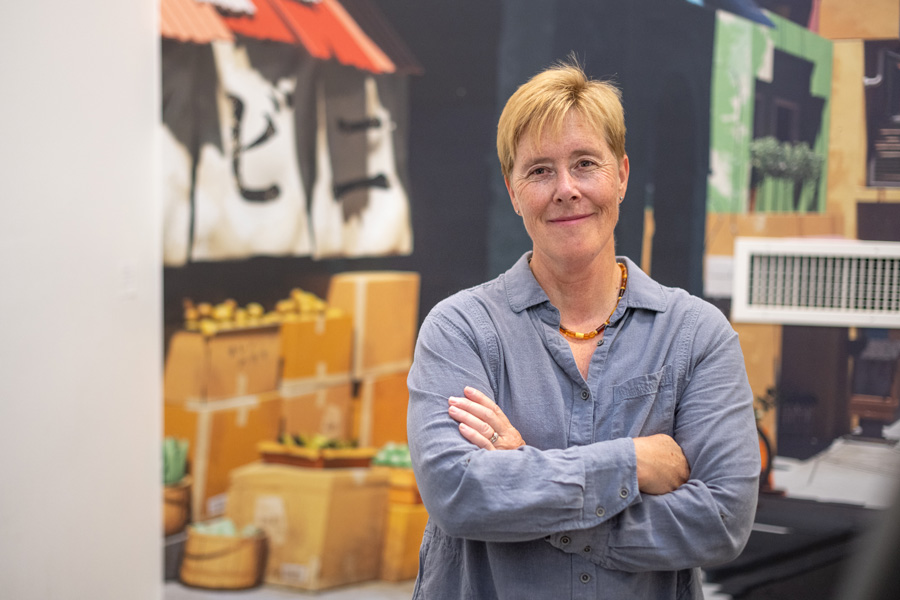 Real game industry studios revolve around collaboration, which is why the Champlain College Game Studio places students in a cross-discipline collaborative setting that replicates the experience they’ll have as graduates. Facilitated by the school’s game-industry expert professors, the cohort experience emphasizes teamwork across all the game development disciplines over the course of four years. 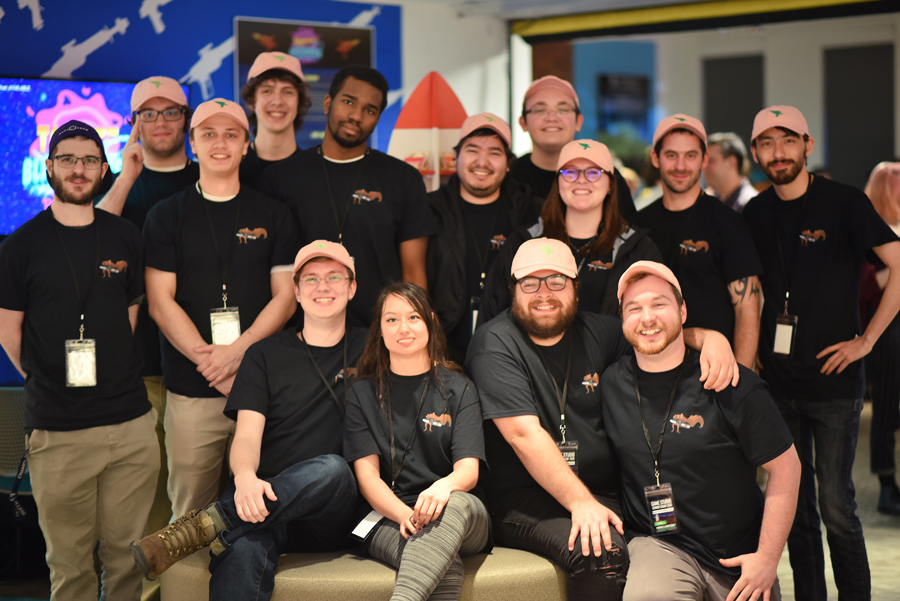 The Game Studio Senior Show is the culminating event of an intense, year-long competition among teams made up of students from each of Champlain’s game development majors. Now in its 14th year (and streamed virtually over Twitch), Champlain College’s annual Game Studio Senior Show attracts game-industry recruiters from across the country to vet the work of Champlain’s graduating game students and select the best to join their firms.

Champlain’s new Game Business & Publishing major prepares students to succeed in the behind-the-scenes business side of the game industry—the research, analytics, strategy, supply chains, public relations, and so much more—that can ultimately make or break a game. Working alongside their game development colleagues, they’ll learn every step in the process from market research of concept to launch and promotion. Graduates will be prepared to work with the biggest brands, launch indie games, start their own company, or dive into the booming world of esports. 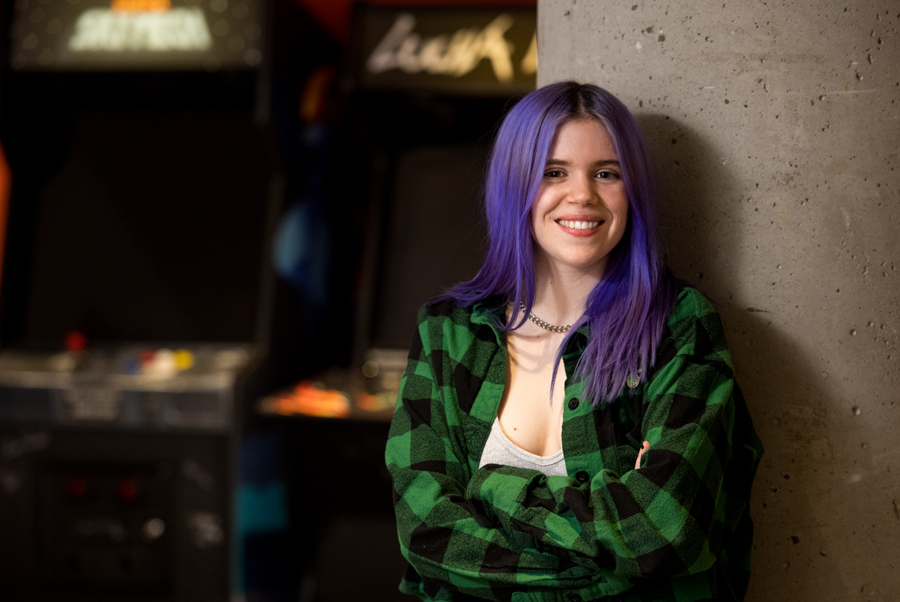 “The Upside-Down Curriculum was definitely one of the reasons I came to Champlain,” says Alex Theodoreu, a Game Art student. “As an art student, being able to start honing my craft starting in my first year was so important to me. Art takes time to improve because it’s practice based; the more you do it, the better you’ll be. So being able to learn new workflows and practice over the course of four years instead of just two has definitely made a difference in my art.”

Champlain’s Upside-Down Curriculum allows students to gain more knowledge and experience in their industries before they graduate than they would in any other program. Champlain game development students start taking courses in their major in their very first semester, which means they will spend more time immersed in their field, learning through firsthand experience and will be ready for professional internships far earlier than they would at other schools.

Champlain students graduate with a background to rival many candidates who are already working in the industry. Recent graduates have gone on to work at leading game companies, including Rockstar, Sony, Microsoft, Blizzard Entertainment, Ubisoft, Epic Games, Raven, EA, Bungie, Insomniac Games, and Vicarious Visions, among others. Students are also given the opportunity to study abroad at Champlain’s campus in Montreal, one of the world’s top gaming hubs, where courses are taught by leading game professionals.

We'll send you Game Studio info plus a game art poster designed by our students when you fill out this form.